This project has benefited from the talents, skills and hard work of a large multi-disciplinary team of archaeologists, scientists, divers and other experts. To date, five expeditions to the wreck site have been organised and a variety of post-expedition scientific analysis conducted on a selection of the recovered artefacts.  The individuals involved, their roles/expertise and affiliated organisations are listed below. 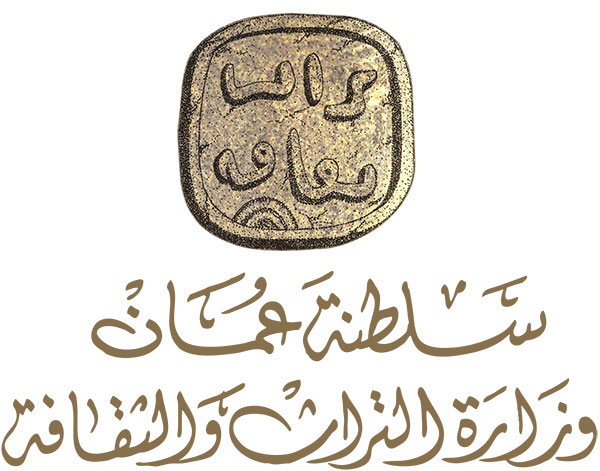 Oman Ministry of Heritage and Culture

In April 2013, the MHC represented by His Excellency Salim Al Mahruqi, Undersecretary for Heritage Affairs and His Excellency Hassan Al Lawati, The Minister Advisor to the Minister For Heritage Affairs (formerly Director General of Archaeology & Museums), agreed with David L. Mearns of Blue Water Recoveries Ltd to jointly conduct and co-manage this project to excavate, conserve and scientifically analyse all cultural material from the wreck site of the Sodré ships off Al Hallaniyah island in keeping with the UNESCO Convention on the Protection of the Underwater Cultural Heritage. This project represents the first such government led archaeological excavation of an ancient shipwreck in Omani waters.

Blue Water Recoveries Ltd (BWR) is a marine consulting and operations company that specialises in the research, location and recovery of modern and historic shipwrecks. In 1998 a small reconnaissance team from BWR, with the permission of the Oman Government, initially discovered the wreck site at the same time Portugal was celebrating the 500th anniversary of Vasco da Gama’s arrival in India at EXPO 98. This discovery by BWR was based on archival research and analysis into the loss of the Sodré ships conducted by the company’s in-house research team. BWR organised a second expedition later that year in order to map the wreck site and make trial excavations to determine the extent to which cultural heritage material was buried.

Because of logistical difficulties in conducting a full-scale archaeological excavation in this extremely remote location the project was put on hold for a number of years. In 2013 David L. Mearns, who led the original 1998 archival research effort, was able to address these challenges in collaboration with Oman’s MHC and secure additional grant funding from the National Geographic Society Expeditions Council and the Waitt Foundation. As Director of the project David has assembled and led an experienced team of marine archaeologists and divers to conduct the field programmes in 2013, 2014 and 2015, and he has enlisted a wide variety of archaeologists, scientists and other experts to help in analysing the finds. 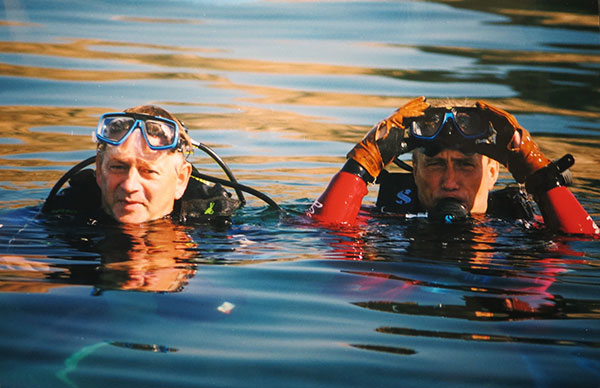 Two expeditions were conducted in 1998. The first was a two-week search effort that resulted in the initial discovery of the wreck site. The BWR divers found on the seabed more than 20 stone cannon balls (round shot) that were consistent with a European shipwreck of the early 16th century. The second longer expedition (two-months) included a more detailed reconnaissance survey of the bay, mapping of the wreck site and trial excavations. In addition to more round shot, the team also found and recovered a lead sounding weight, a pewter plate and numerous lead-iron composite shot similar to those found on a number of 16th century shipwrecks, including the King Henry VIII ship Mary Rose sunk in 1545. 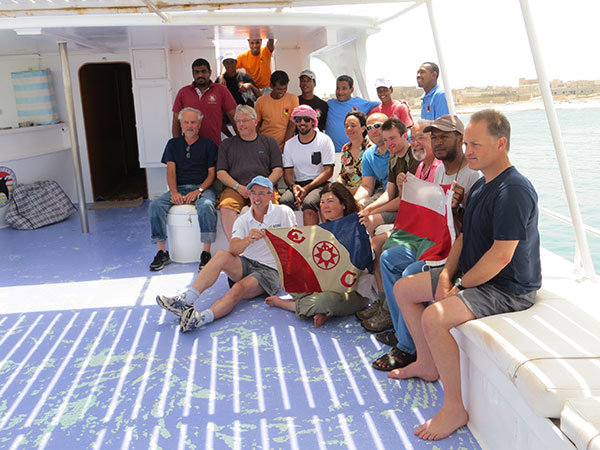 A key objective of the 2013 expedition (two-weeks on site) was to see and observe any change or disturbances to the wreck site in the intervening 14 years.  Fortunately there were none. A high-resolution geophysical (magnetometer, side-scan sonar, bathymetry) survey of the entire Ghubbat ar Rahib anchorage was conducted as well as repeat mapping of the round shot locations. Because recent infrastructure development on the Island increased the risk of unauthorized disturbance to the site all artefacts that were exposed on the surface were recovered. A highlight of this expedition was finding the ship’s bell lodged under a large boulder in just four metres of water. 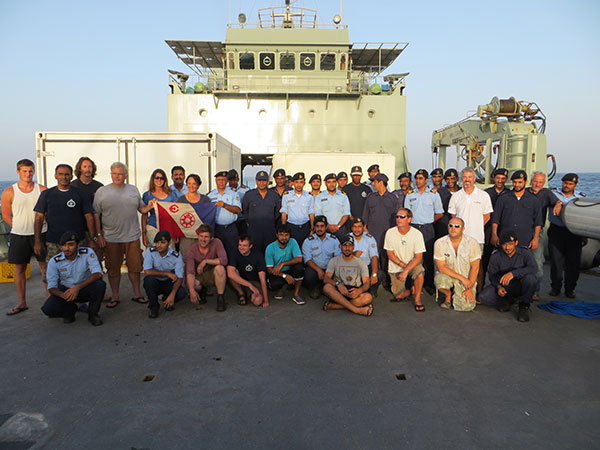 The 2014 expedition took place between April and May with the primary goal of excavating the wreck site. In order to remove the estimated 950 cubic metres of sand and rock to fully expose the site, multiple airlifts driven by a large diesel engine air-compressor were used. The Omani Royal Navy provided the 64-metre landing craft ship Al Munassir that was essential in supporting this ambitious operation. Over a 22-day period nearly 40% of the site was successfully excavated leading to the recovery of 1,911 individual artefacts from the densest concentration of the wreck material. Although the site was correctly identified in 1998, it was the analytical study of key artefacts recovered during 2013 and 2014 that provided the best evidence for identifying the site, as the location where the Sodré ships wrecked and Vicente Sodré’s nau Esmeralda as the probable source of the remaining cultural material. 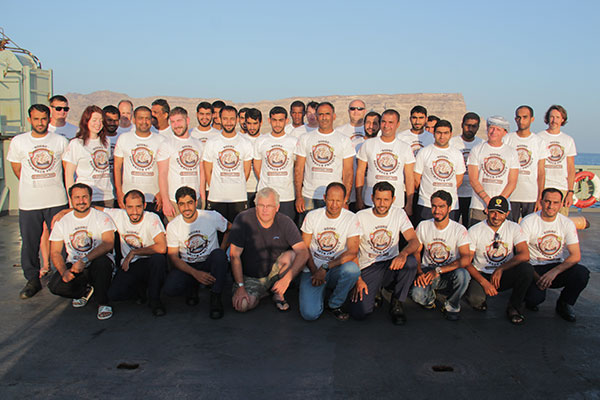 The 2015 expedition took place between November and December and was again based from the Royal Navy ship Al Munassir whose Captain and crew provided outstanding support for the expedition team.   The goal of this field season was to excavate the remaining 60% of the wreck site and to ensure that all cultural material was recovered.  Although the loss of operational time due to poor weather conditions made this goal impossible to achieve, the expedition was still very successful and an additional 809 individual artefacts were recovered. The focus for the project in the immediate future is the archaeological study and analysis of the artefact assemblage. 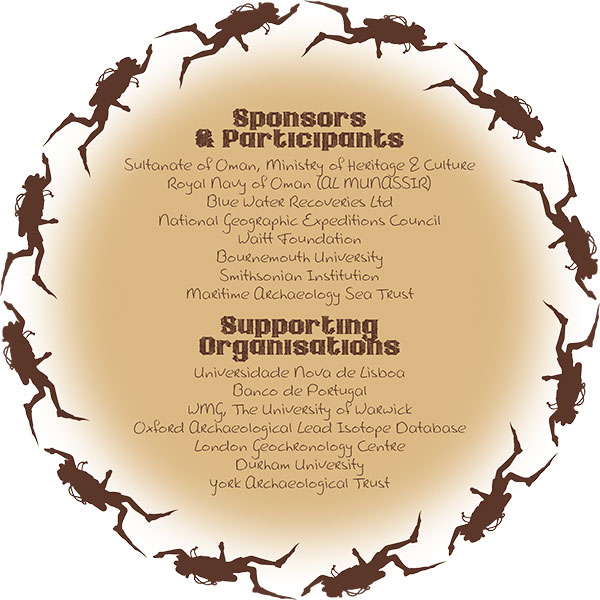 The following list of independent experts have all made valuable contributions to the project: most importantly in helping to confirm the identity of the wreck site as Vicente Sodré’s Esmeralda through scientific analysis to determine the provenance and age of selected artefacts.